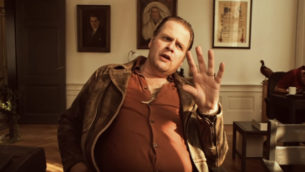 First film I made after graduation was this fiction feature film. Managed to get a great cast and crew together, and make a proper film from a shoestring budget.

Took us two summers to shoot the film.